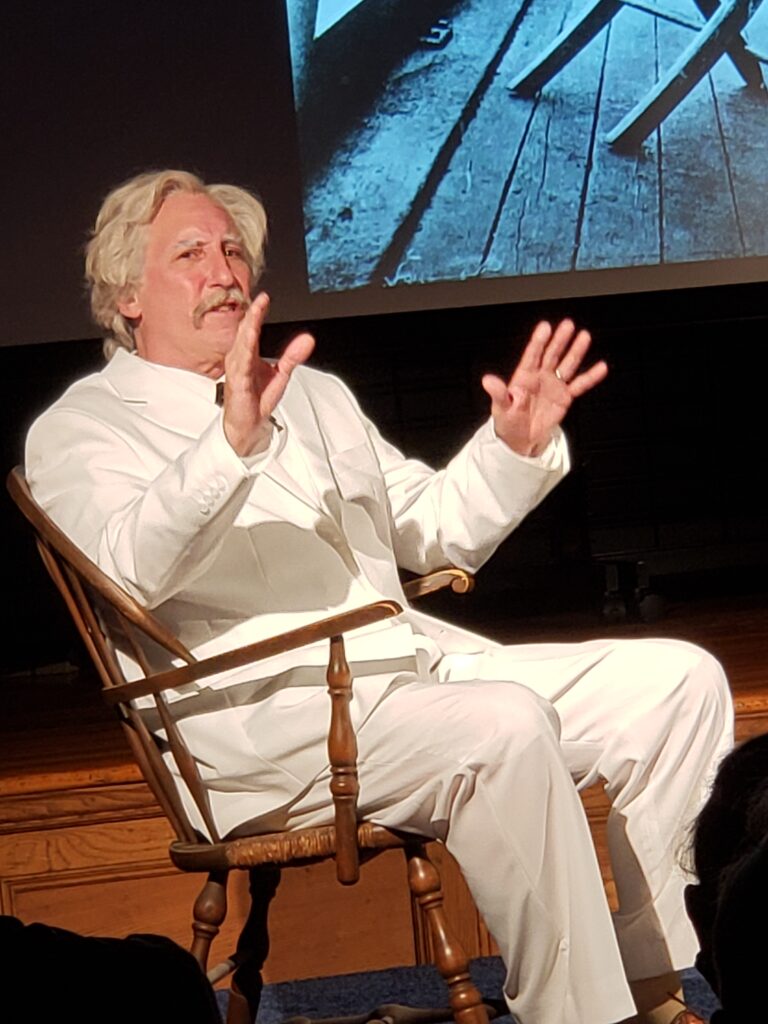 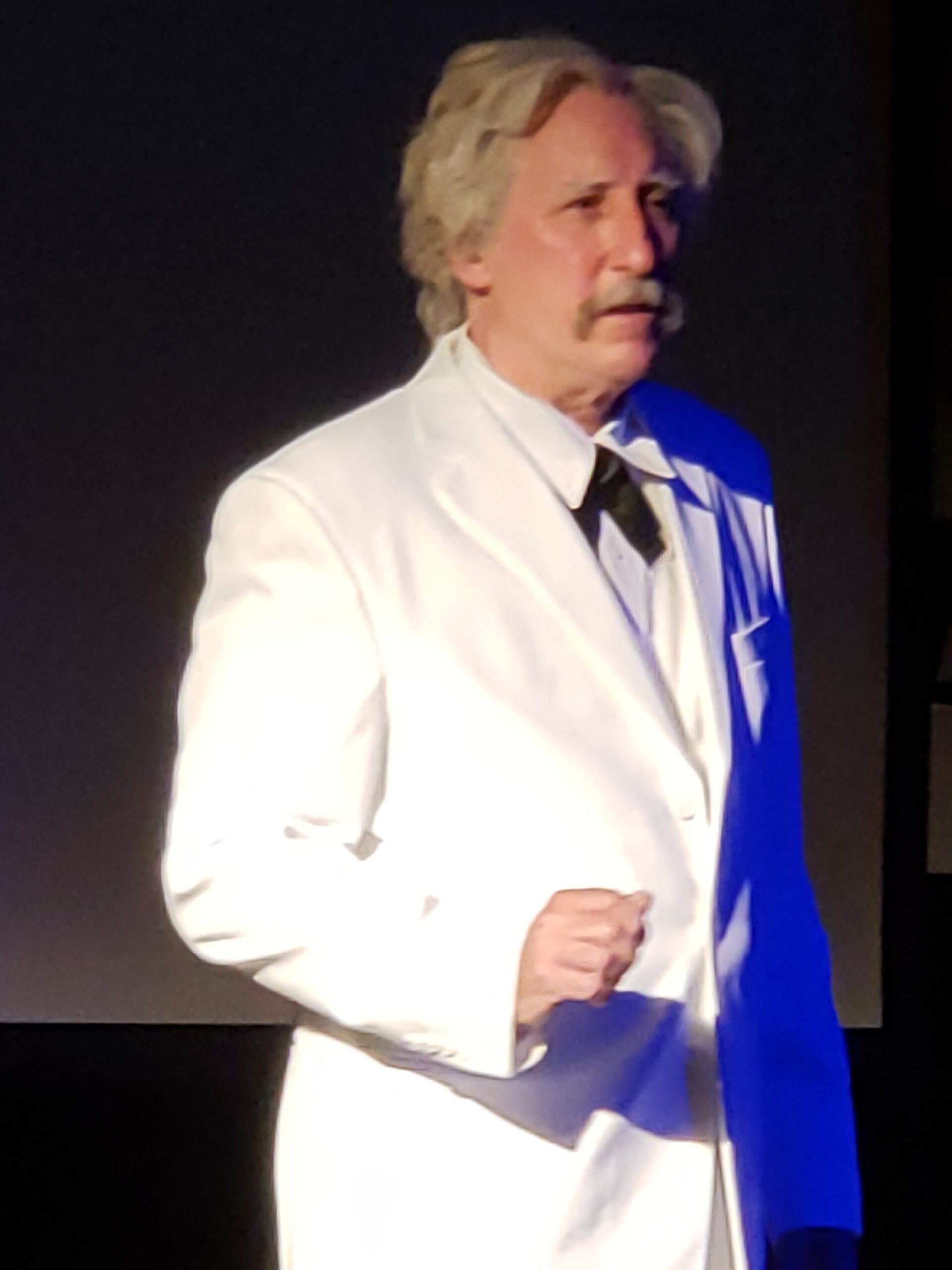 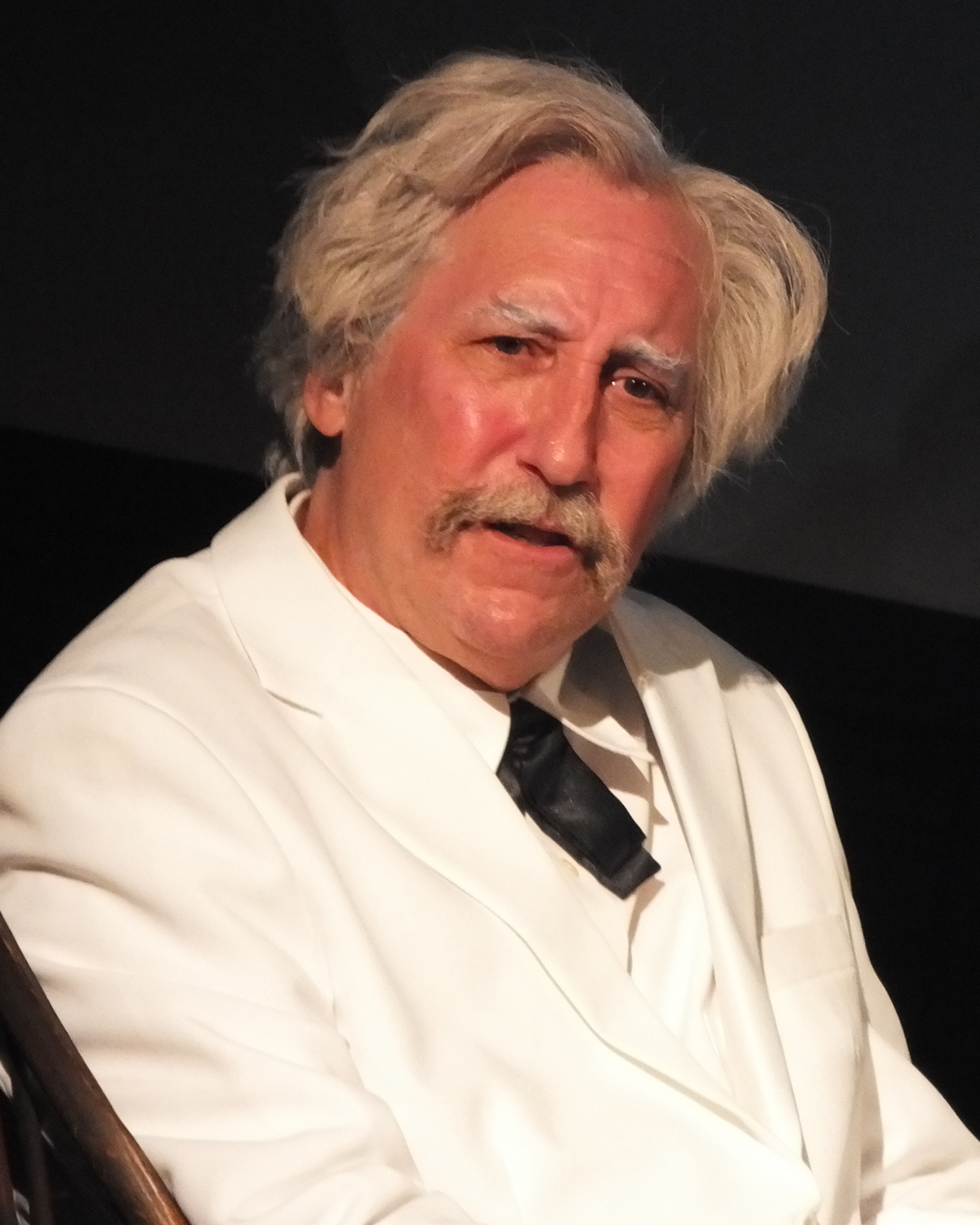 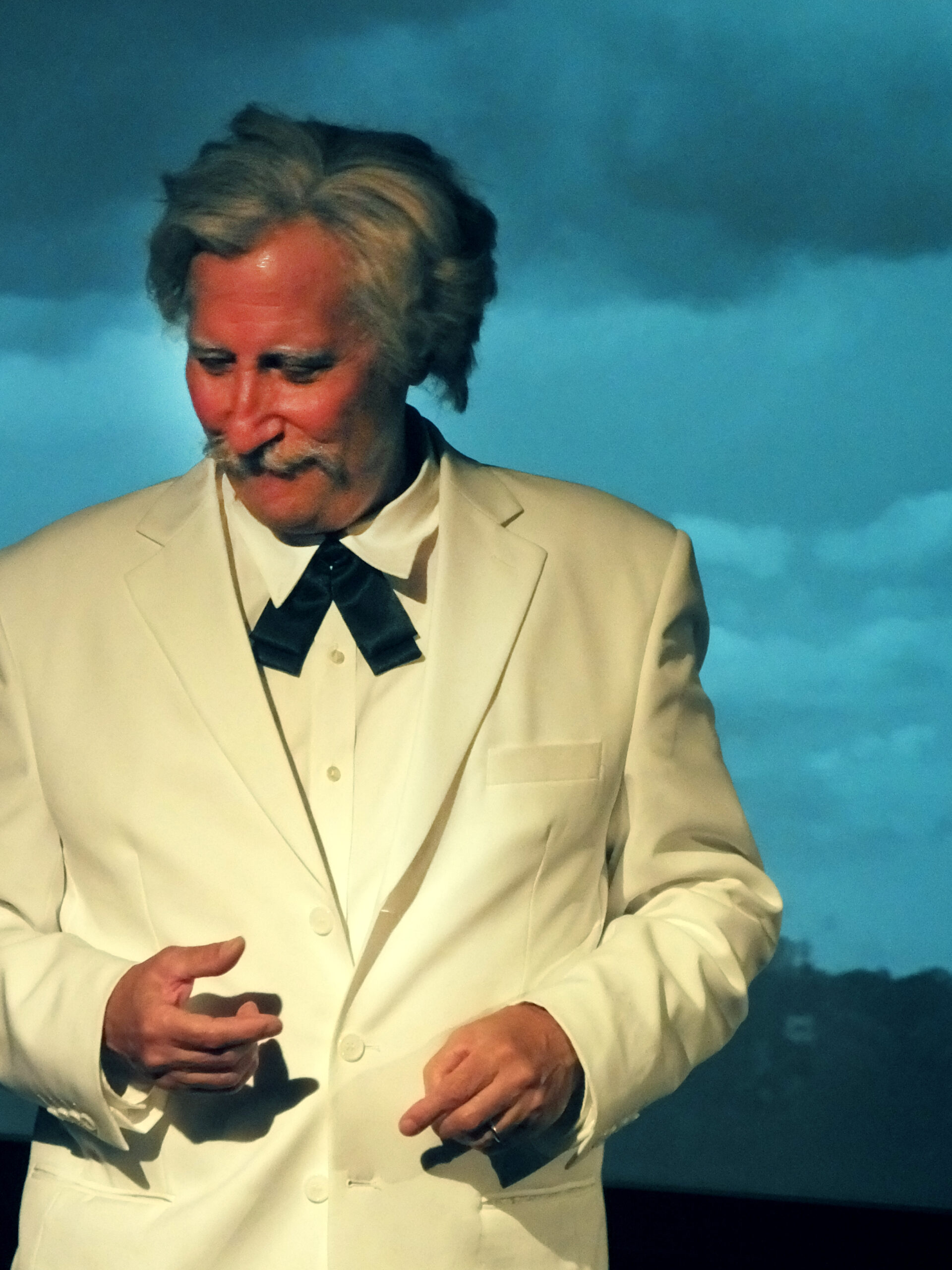 So what does Mark Twain, writer, satirist, story-teller, have in common with this day and age? Everything!

Ernest Hemingway once said that, “all of American literature could be traced back to Mark Twain.” Samuel Clemens known as Mark Twain, circa 1900, boldly branded himself with his personal style of a white suit, white unruly hair and a cigar long before it was fashionable to engage in such pomposity.

However, for all his feats and accomplishments in the literary world and lecture circuit, Twain experienced what was, at times, a tragic life that he endured like the colossal steamships he wrote about. From a young age, Samuel Clemens learned to take advantage of life’s opportunities. As part of a growing newspaper industry, he found a platform to introduce ideas that challenged the fundamental issues that faced the America of his time; racism, evolving landscapes, class barriers, access to education, with a perspective that was well-rounded by experience.

Today, Mark Twain is still revered by many as a leading American author, social critic and humorist. His work stands out as an outstanding achievement of authenticity, spattered with autobiographical elements and experiences from Twain’s childhood that paint vivid backdrops for each story told.

In his latest solo show, Joe Baer portrays Samuel Clemens near the end of his career, in a narrative and thought-provoking performance. He presents a nostalgic look back through time; starting from Twain’s rural roots in small town, Missouri, to his International acclaim. Context and words from the pen of Mark Twain are intertwined to reimagine this legend on the lecture circuit, highlighting the ebbs and flows of this iconic American figure’s life against a visual collage of historical imagery.

If you enjoy history and contextual story-telling, plan your Spring activities to include Samuel Clemens: Tales of Mark Twain, A Solo Show written and performed by Joe Baer. For more information and to reserve a seat, go to Eventbrite or directly to the venue of your choice.

Purchase Tickets at a Hudson Valley Theater Near You!

At The Stissing Center: https://thestissingcenter.ticketspice.com/mark-twain

It usually takes me more than three weeks to prepare a good impromptu speech.